On November 26, 2014, President Barack Obama signed into law Public Law No: 113-187, the Presidential and Federal Records Act Amendments of 2014. This new law modernizes records management by focusing more directly on electronic records, and complements efforts by the National Archives to implement the President’s 2011 Memorandum on Managing Government Records. 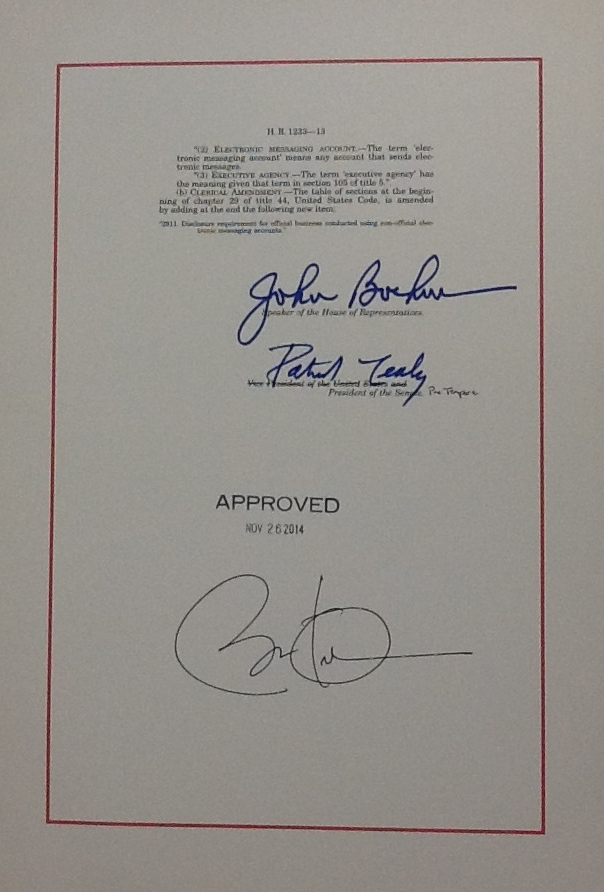 Key points of this law include:

We welcome this bipartisan effort to update the nation’s records laws for the 21st Century. H.R. 1233 could not have become law without the efforts of House Oversight and Government Reform Committee Ranking Member Elijah Cummings (D-MD) and Chairman Issa (R-CA), and Senate Homeland Security and Governmental Affairs Committee Chairman Carper (D-DE) and Ranking Member Coburn (R-OK), in shining a spotlight on the challenges that so many Federal agencies and presidential administrations have faced in managing their electronic records.

More information about this legislation, as well as records management policies and guidance, can be found on the Records Express blog, the official blog of the Office of the Chief Records Officer at the National Archives.