Veterans Day has special meaning for us at the National Archives where we hold the almost 112 million individual personnel files and medical records of the men and women who have served in the military. Housed in St. Louis, Missouri and Valmeyer, Illinois, more than 800 staff process, protect, and service those records to ensure that veterans and their families can receive the benefits due to them, can document family histories, and can received replacement medals and awards. More than 5,000 requests are received each day and I am so proud of the dedication the staff brings to their work, often going the extra mile to ensure that our veterans get what they need. 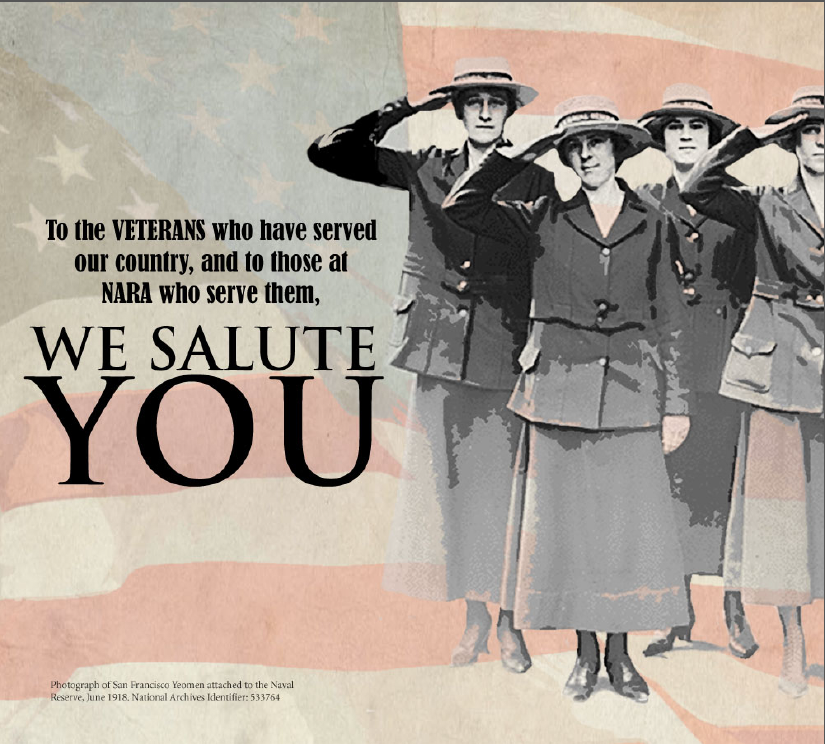 Another more than 10 million military service records and pension files from earlier wars—American Revolution through the Philippine-American War—are serviced in Washington, DC.

Each one of those records, as is the case with each record in our custody, tells a story. Two of thousands of stories:

A veteran’s family wrote hoping to confirm a story regarding a real “Great Escape” during World War II. Staff discovered that the veteran had been captured by the Germans in 1944 and sent to a labor camp in Poland. He escaped by tunneling under the wire fence, disguised himself as a peasant, and made his way to Soviet lines and the city of Odessa where he found the American Consulate–an amazing story of courage and perseverance we were able to share with his family.

A man visited our facility in Waltham, Massachusetts with a letter dated May 1946, recommending his father for the Bronze Star. The medal had never been awarded and the son wondered whether this was an oversight or had the recommendation not been approved. St. Louis staff made this case a priority and found additional documentation. Through their efforts it was determined that he was entitled to the Bronze Star. Just two days after his 100th birthday, Walter Pierce was presented with his Bronze Star by local Army officials in a ceremony arranged by the Waltham staff.

On this Veterans Day I salute the more than 500 veterans who are members of the National Archives family and those staff across the country who meet the needs of the men and women who have served their country.

One thought on “We Salute You”