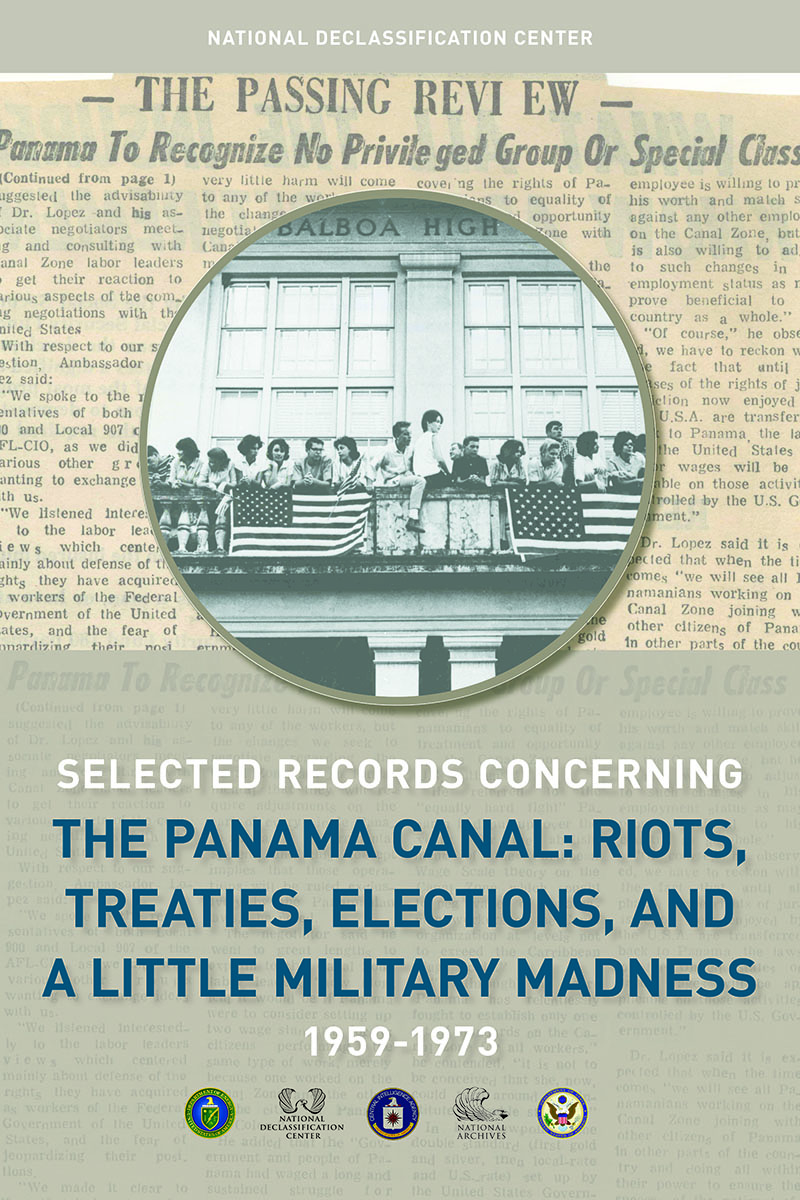 2015 marked the 100th anniversary of the official celebration of the completed construction of the Panama Canal by the United States. Although the Canal was officially opened to shipping on August 15, 1914, few realize that the official celebration had to be postponed due to the start of World War I a few weeks later. The official recognition of its completed construction was not celebrated until March 1915 at the San Francisco Exposition.

To celebrate this official recognition, the National Declassification Center (NDC) focused on recently declassified records in our custody that celebrate what the American Society of Civil Engineers has named the Seventh Civil Engineering Wonder of the World, the Panama Canal. The majority of Americans may have heard of the Panama Canal but few may know the United States’ role in its construction and maintenance, let alone the part that it played in our foreign relations with Panama. Debate continues to swirl around issues of why the U.S. turned the Canal over to Panama, Panamanian distrust of the U.S. Government in general, and the imperialistic image associated with U.S. employees that administered and lived in the Canal Zone.

Many historians have examined our early pre and post construction relations with Panama but not many have examined the period just prior to the Canal turnover. The records that have been recently declassified focus on that pre turnover era and may assist U.S. citizens as well as scholars in understanding the story that led to one of the biggest changes in U.S. foreign policy since the Canal was built.

Learn more and view images from this project on our website: The Panama Canal: Riots, Treaties, Elections, and a little Military Madness, 1959­-1973

The images selected and scanned for this release are a sampling of the records, 255 pages from a total of 229,160 pages. The records give insight and perspective into treaty negotiations, interactions between the American Embassy and U.S. government agencies on the Canal, the impact of Panamanian politics and elections on treaty negotiations, and the general unrest caused by the U.S. presence on the Canal Zone. The newly released records are from the Department of State.

I am very proud of this work done by our National Declassification Center, as well as the assistance from our office of Research Services and the Office of Innovation to make the release of these important records happen.