The National Archives recently embarked upon a large scale digitization project, focused on photographic and moving image records related to World War I and World War II. These public domain records are being digitized through a gift to the National Archives Trust Fund with the goal of making them more accessible for everyone to use, from teachers and local community groups, to museums and filmmakers.

This series contains photographs obtained from the U.S. Army Signal Corps, Federal and State government agencies, as well as private sources, such as the American Red Cross and the Central News and Photo Service. The photos depict the unity of the nation and how overwhelming the war effort was, including pictures of public gatherings, peace demonstrations, parades, and activities of libraries, hospitals and first aid stations.

Airplanes-Radio equipment- This is what an airman wears when he used the wireless telephone. National Archives Identifier 17341083 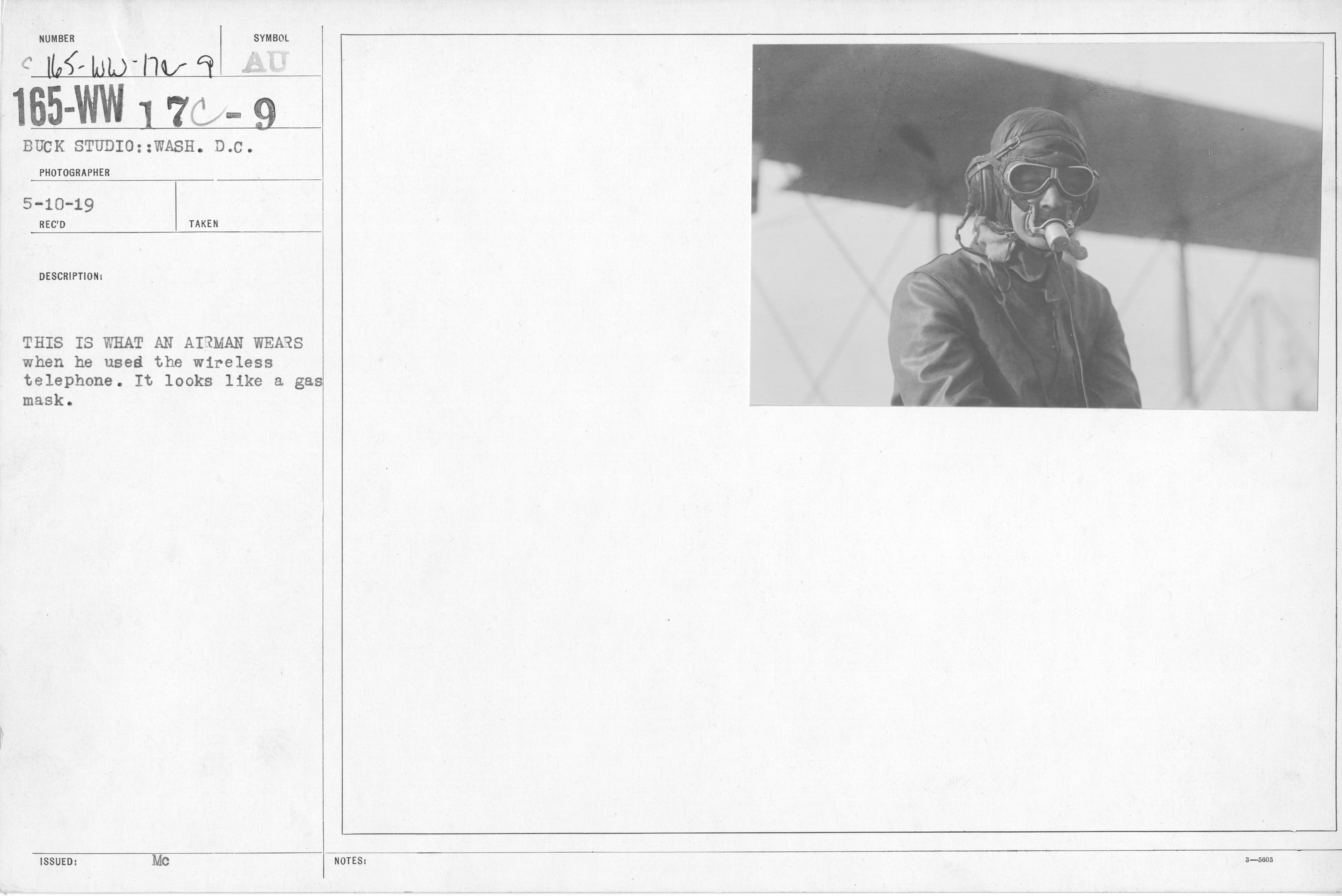