On the last day of June of 1941, Franklin Delano Roosevelt stood at the entrance to his library in Hyde Park, New York—the first of the Presidential Libraries—and dedicated it to the American people with these words:

“It seems to me that the dedication of a library is in itself an act of faith.

To bring together the records of the past and to house them in a building where they will be preserved for the use of men and women in the future, a Nation must believe in three things.

It must believe in the past.

It must believe in the future.

It must, above all, believe in the capacity of its own people so to learn from the past that they can gain in judgment in creating their own future.”

“…an act of faith.”  These words are as true today as they were in 1941.  In fact, just this past April, in dedicating our newest Presidential Library, George W. Bush quoted those words from President Roosevelt. 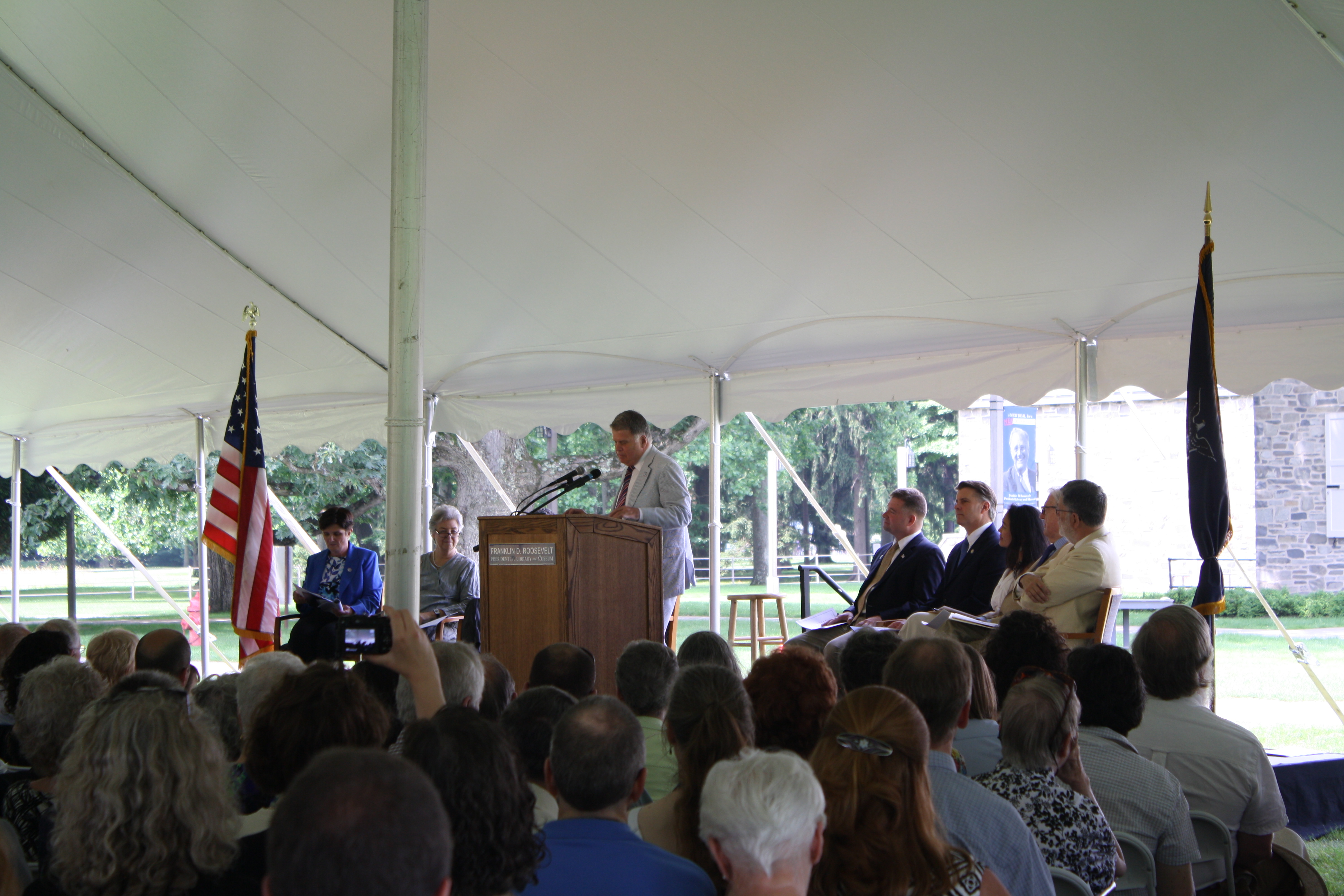 David Ferriero addresses the crowd at the FDR Library Rededication Ceremony on June 30, 2013 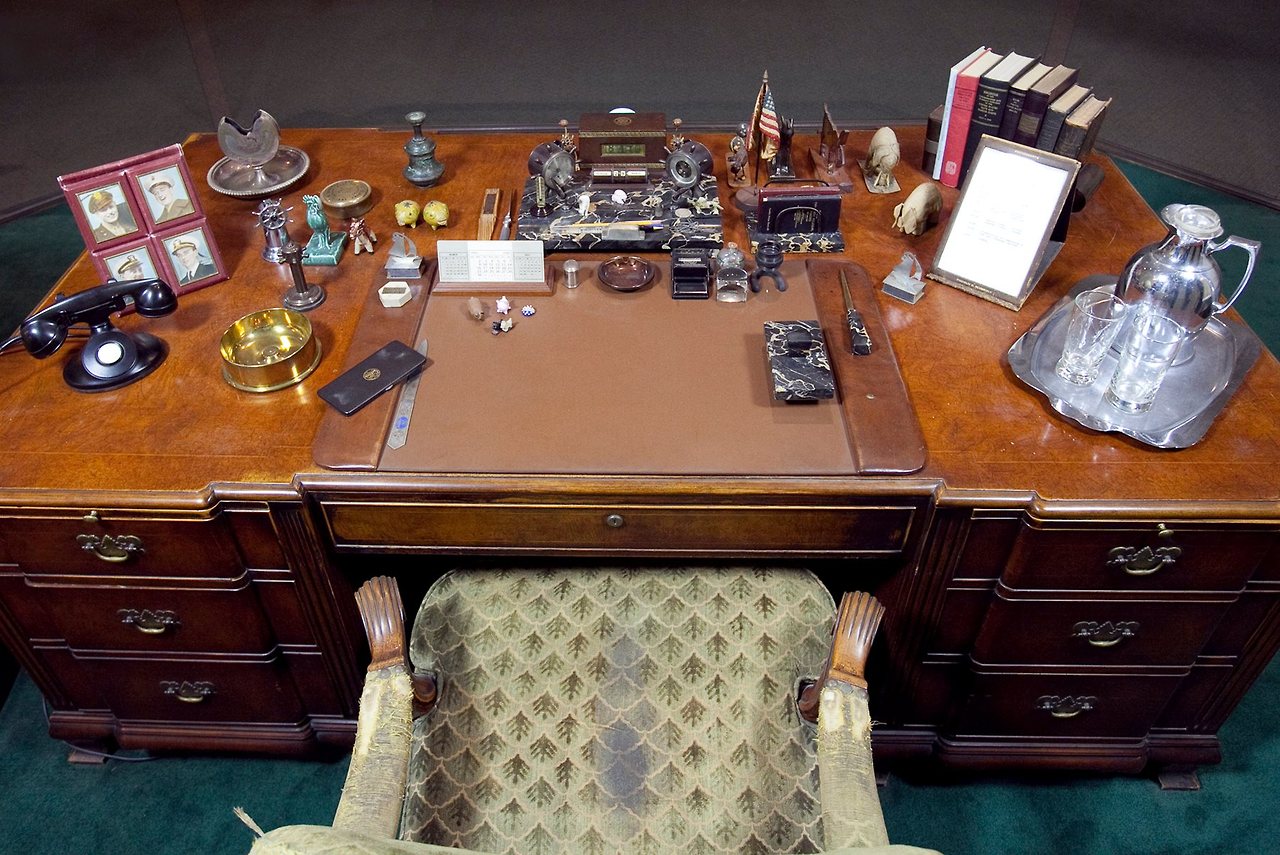 FDR’s Oval Office Desk.  Franklin Roosevelt used this desk and chair in the White House Oval Office throughout the 12 years he served as President of the United States. Most of the mementos and knickknacks on the desk were gifts from friends and admirers and are arranged largely as they were at the time of his death.

The FDR project theme—A New Deal for a New Generation–has very much been guided by the President’s own words from 1935:

“Let us carry on the good that the past gave us.  The best of that good is the spirit of America.  And the spirit of America is the spirit of inquiry, of readjustment, of improvement, above all a spirit in which youth can find the fulfillment of its ideals.  It is for the new generation to participate in the decisions and to give strength and spirit and continuity to our Government and to our national life.”

As we strive to make these connections with the new generation we have in this project embraced technologies never envisioned when the library and museum first opened.

A robust social media program spanning a multitude of platforms and constantly adapting to new trends is in place.  A “100 Days” countdown to yesterday’s activities provided news and information about the new exhibits and the library’s history.  The library’s Tumblr account which started at the same time has more than 34,000 followers.  In September the library will make available on its website some 350,000 digitized pages from the most important collections of the President’s papers and those of Eleanor Roosevelt made possible through our partnership with Marist College.  A recent grant from the Newman’s Own Foundation to create a virtual tour of the new permanent exhibits will bring the experience to a global audience and will be enhanced by the inclusion of historical documents and curriculum guides for teachers to use in bringing this New Deal to a New Generation.

All of this was made possible by the hard work of many people.  Ambassador William vanden Heuvel, a longtime member of the Roosevelt Institute and friend of the FDR Library and Museum secured Congressional funding for the renovation.  From the Roosevelt Institute: Anna Eleanor Roosevelt, Chair of the Board of Directors, and Felicia Wong, President and CEO, were constant supporters, raising funds for the exhibit redesign.  And I am so proud of the staff led by director Lynn Bassanese for what they have accomplished to position the library and museum for the next generation.

Franklin and Eleanor await your visit! 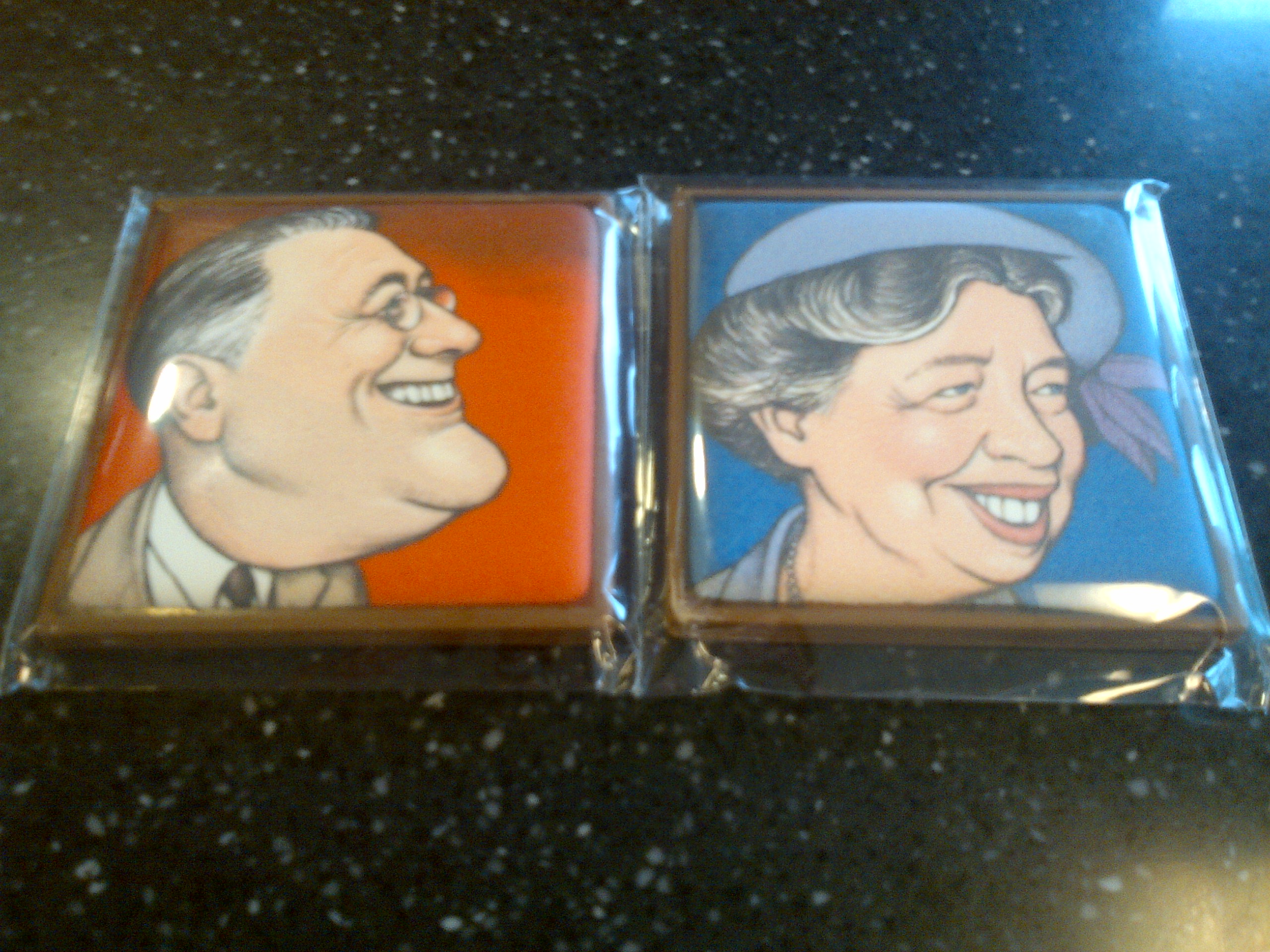