I have been fortunate to work in four institutions where the Guastavino family played a role in the construction of my buildings—first at MIT, then my library at Duke, one of my branches of the New York Public Library, and now the National Archives.  Rafael Guastavino immigrated to the United States from Spain in the late nineteenth century and founded a company which would provide building contractors, structural designers, acoustical consultants, interior designers, and master masons for hundreds of buildings throughout the country.  The Registry Hall at Ellis Island; the Biltmore Estate in Asheville, North Carolina; Grand Central Terminal in New York City; Washington National Cathedral;  and Grace Cathedral in San Francisco are all examples of Guastavino genius. 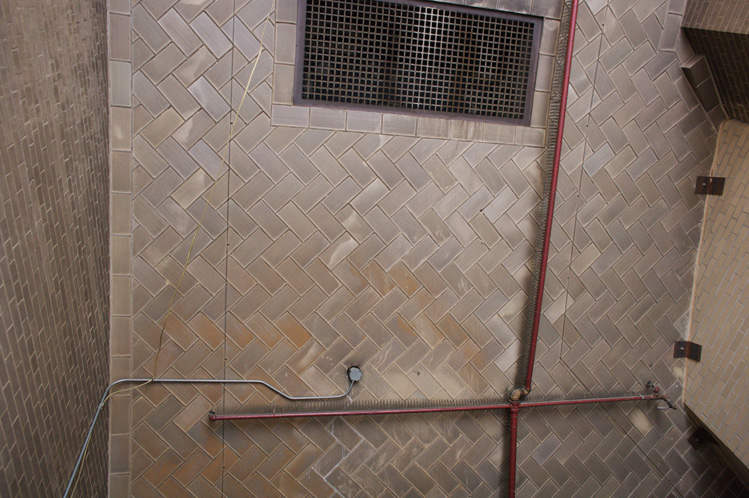 Last week I had an opportunity to welcome John Ochsendorf, a Civil Engineering faculty member from the Massachusetts Institute of Technology for his first visit to the National Archives.  Unlike my tours with other visitors, John and I went up into the spaces around and above the rotunda, up onto the roof, and down into the garage.  Also, unlike other tours, we were not looking at documents, we were looking at walls and ceilings and tiles and vaults!  John is the author of Guastavino Vaulting:  The Art of Structural Tile (Princeton Architectural Press, 2010). 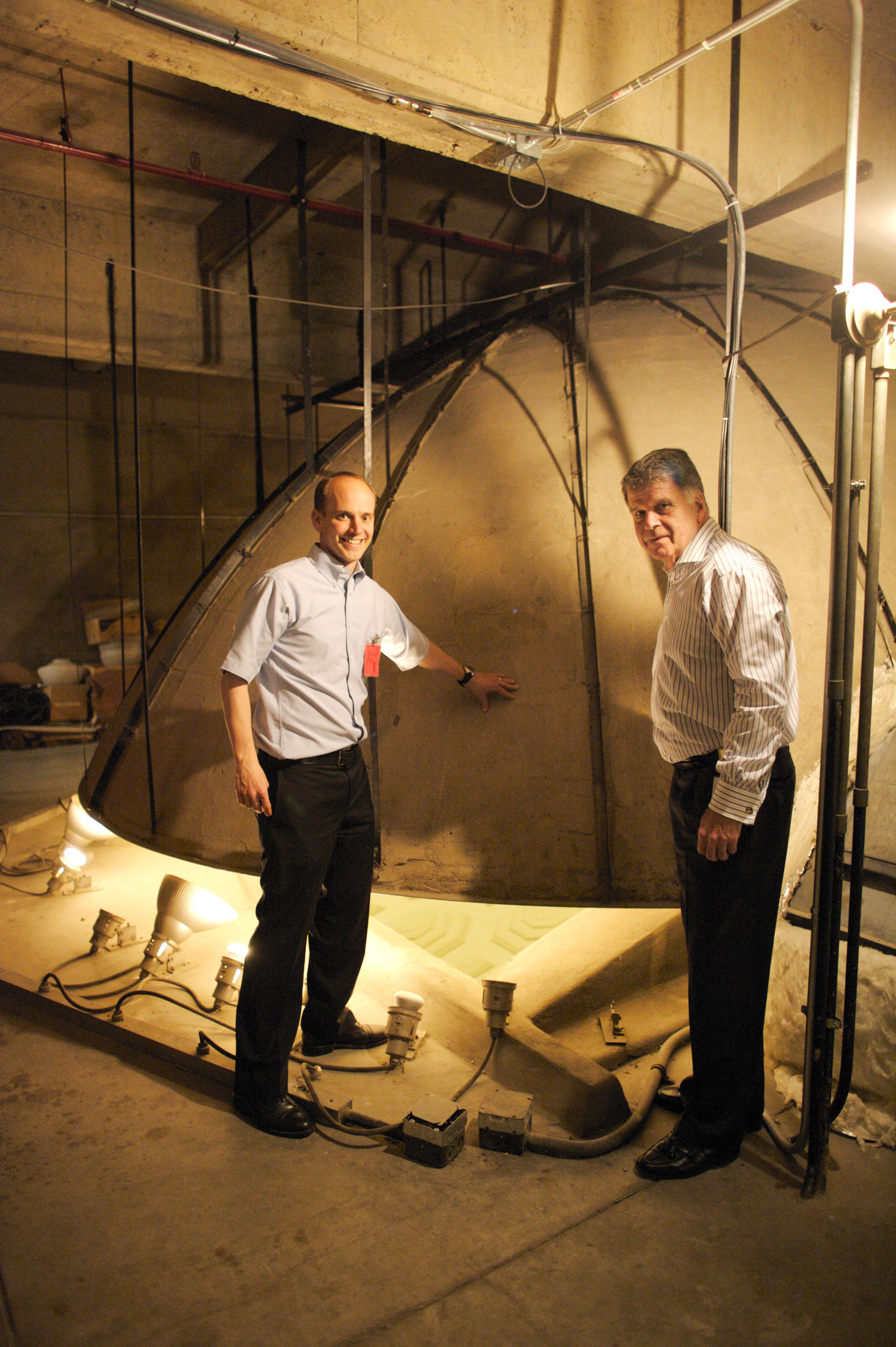 John Ochsendorf and David Ferriero tour the dome of the Rotunda at the National Archives.  We learned from John that the dome is not Guastavino’s work.

Wander around and see if you work in or near a Guastavino building.  If you find one that John doesn’t already know about, lunch is on him! 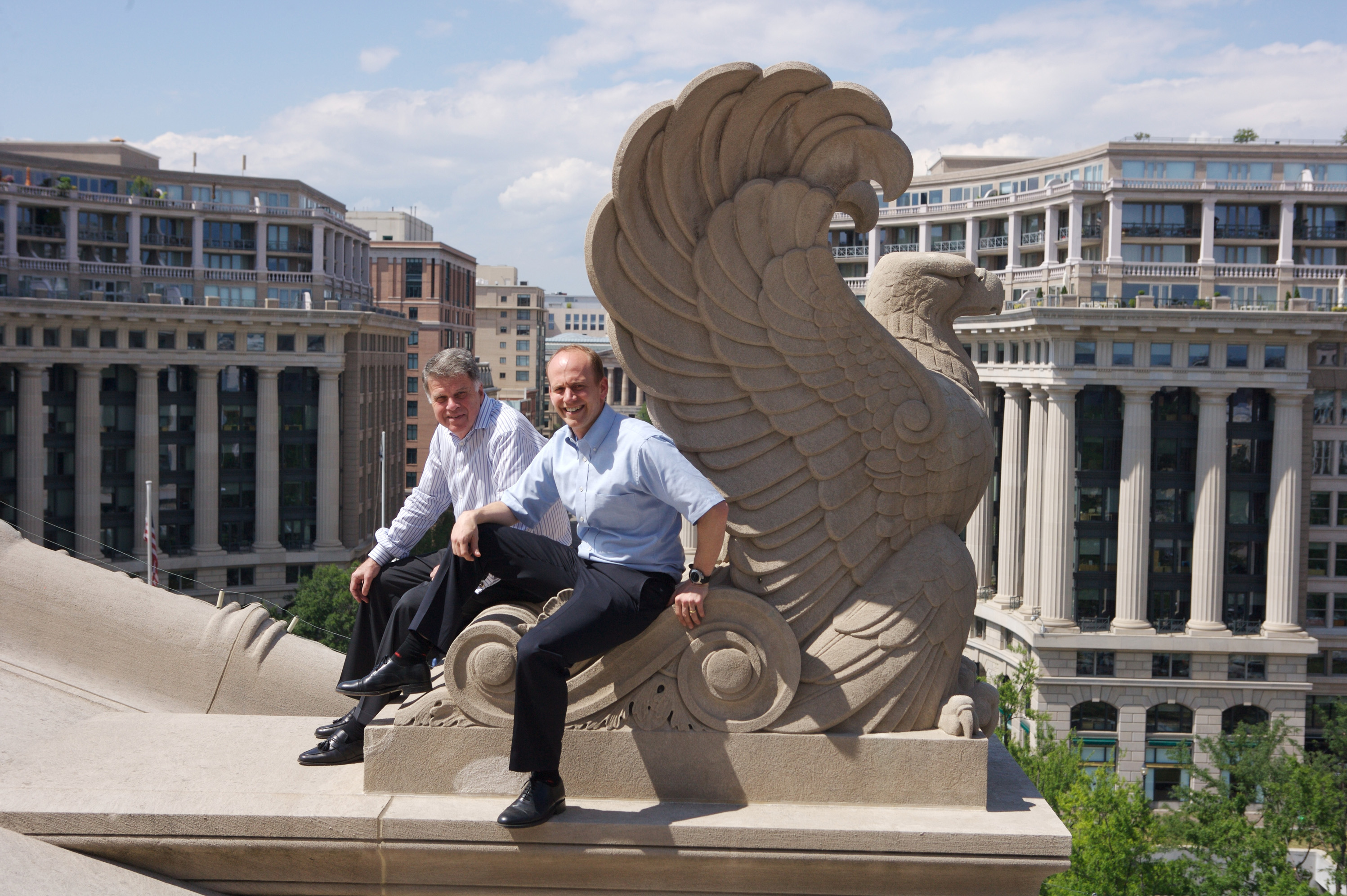 David Ferriero and John Ochsendorf on the roof of the National Archives in Washington, DC.