As someone who likes to cook and collects cookbooks for inspiration, I am high on the latest exhibit to open here at the National Archives. 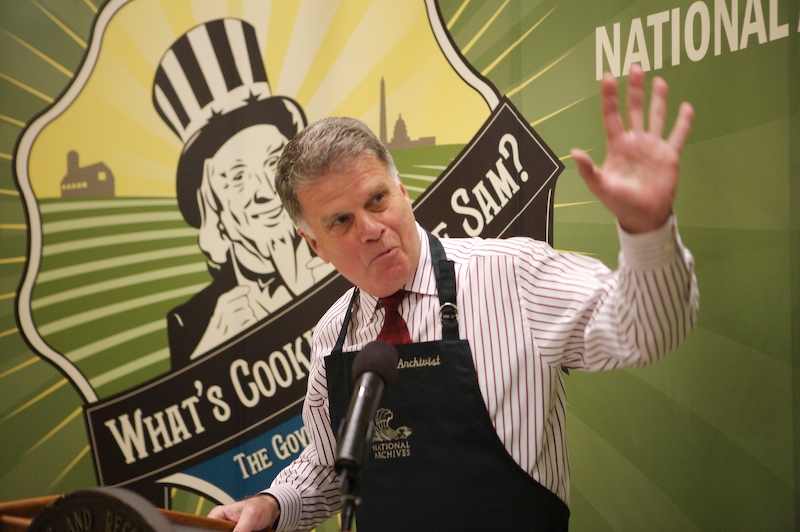 AOTUS welcomes the press at the “What’s Cooking, Uncle Sam?” exhibit preview at the National Archives.

“What’s Cooking, Uncle Sam?” takes a look at the Government’s role in food, a story told from the records in our custody.  It is a story at times funny, at times scary, and always informative.  There are photos and recipes from the White House kitchens—President Johnson’s Pedernales River Chili, President Kennedy’s New England Fish Chowder, and even Queen Elizabeth II’s scone recipe, a favorite of President Eisenhower’s.  It tells the story of Frank Meyer (the Meyer lemon Meyer!) who trekked throughout Asia in the early 1900s looking for plant specimens and seeds to bring to America.  Did you know that the first Commissioner of the U.S. Food and Drug Administration, Harvey Wiley, used a human “poison squad” to prove the harmful effects of chemical preservatives in food?    And it includes the food pyramid over time—did you know that butter was once a food group?!  What great timing—just last week the Department of Agriculture released the new food plate.

The exhibit opens today and for the next six months we will be doing an amazingly creative series of programs and events relating to food.  Come and visit! 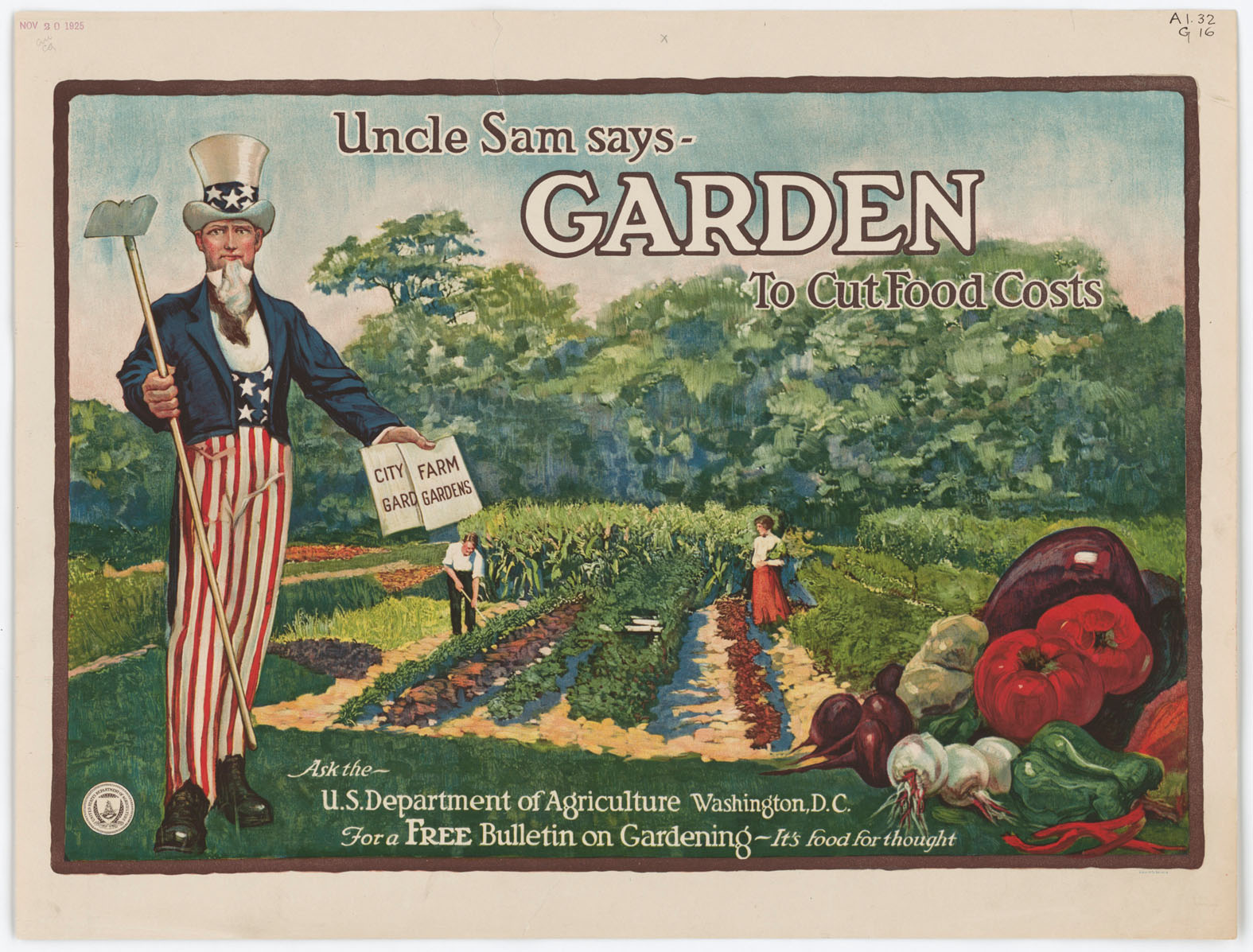 With canned goods in short supply during World Wars I and II, people ate more fresh fruit and vegetables—many from their own back yards.