According to Alexa.com, the internet traffic ranking company, there are only six websites that internet users worldwide visit more often than Wikipedia: Google, Facebook, YouTube, Yahoo!, Blogger.com, and Baidu.com (the leading Chinese language search engine).  In the States, it ranks sixth behind Amazon.com.   Over the past few years, the National Archives has worked with many of these groups to make our holdings increasingly findable and accessible.  Our goal is to meet people where they are online.

This past fall, we took the first step toward building a relationship with the “online encyclopedia that anyone can edit,” Wikipedia.  When we first began exploring the idea of a National Archives-Wikipedia relationship, Liam Wyatt put us in touch with the local DC-area Wikipedian community. 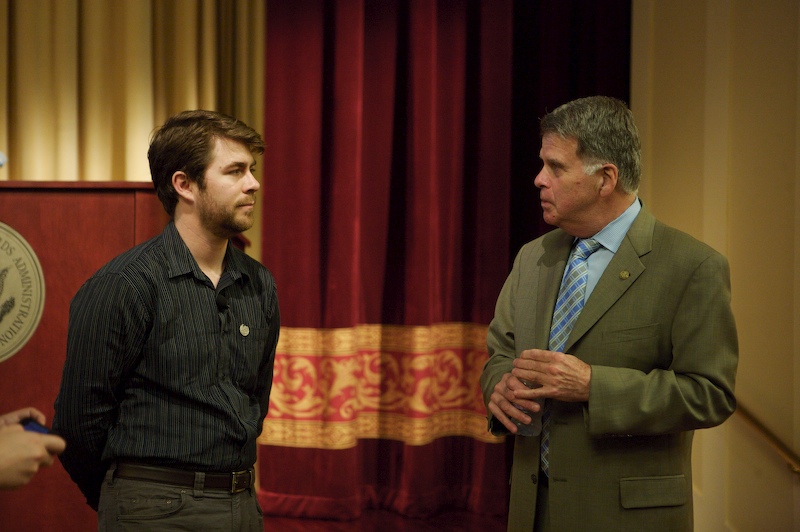 Liam Wyatt and David Ferriero at the National Archives

Early in our correspondence, we were encouraged and inspired when Liam wrote that he could “quite confidently say that the potential for collaboration between NARA and the Wikimedia projects are both myriad and hugely valuable – in both directions.”

Though many of us have been enthusiastic users of the Free Encyclopedia for years, this was our first foray into turning that enthusiasm into an ongoing relationship.  As National Archives staff met with the DC Wikipedians, they explained the Archives’ commitment to the Open Government principles of transparency, participation, and collaboration and the ways in which projects like the “Wikipedian in Residence” could exemplify those values.

The Wikipedians in turn described the ongoing effort to build collaborative relationships between cultural institutions such as galleries, libraries, archives and museums – collectively known as GLAMs – and Wikimedia communities.  These initial contacts led to the National Archives hosting WikiXDC, a meet-up and birthday party for Wikipedia, attended by over 90 local Wikipedians.  Long a fan of Wikipedia, I was pleased to welcome the group to the Archives and even more pleased to read the tweets and blogposts during and after the event.  My all time favorite:  “If it’s good enough for the Archivist of the United States…”

As newbies to the world of GLAM-Wiki collaboration, we are grateful for the encouragement and support of one of the movement’s greatest champions. Yesterday, at the National Archives building in DC, I had the pleasure of welcoming Liam Wyatt to speak further about collaboration. 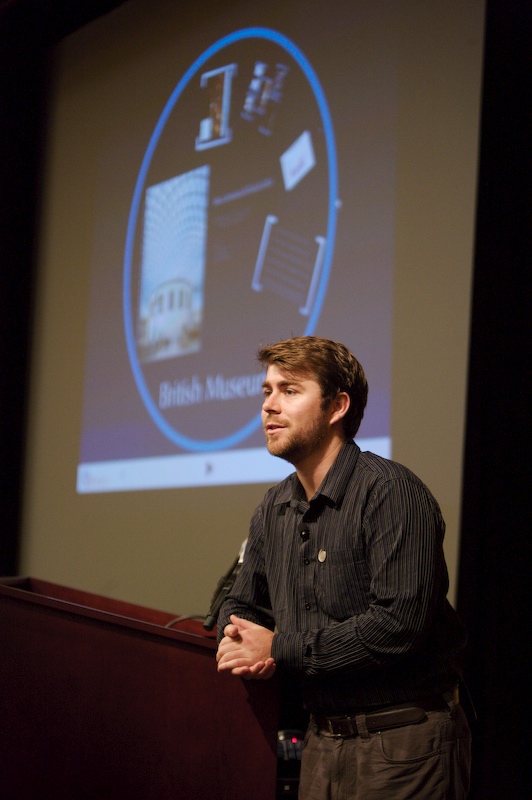 Watch the video of the event:

I am also proud to welcome this week to the National Archives our first “Wikipedian In Residence,” Dominic McDevitt-Parks. Currently a graduate student at Simmons College, Dominic has been deeply engaged for several years in both writing for the encyclopedia and in working on project policy and dispute resolution. He is a trusted member within the Wikipedia community. Dominic will be working over the summer with our staff to highlight some of the treasures of the National Archives in Wikipedia.