While I was the Andrew W. Mellon Director of the New York Public Libraries, E. Forbes Smiley III stole more than 70 maps from our Map Division and Rare Books division. Only 33 of the maps were ever recovered. 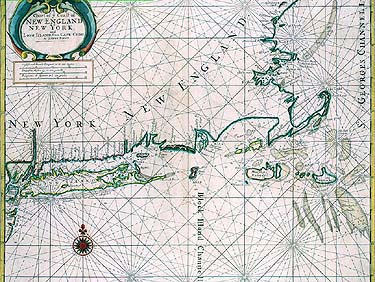 A map from the Lawrence H. Slaughter Collection
at the New York Public Library

E. Forbes Smiley III acknowledged stealing 97 rare maps from libraries he had befriended and then sold them on the open market. He was a thief. He assaulted history, betrayed personal trust, and caused irreparable loss of treasures whose value to future scholarship will now never be known. He committed his crimes for personal gain, profit, and prestige.

A hallmark of our society is that libraries, museums, and archives are open and accessible to the public. This fact also puts institutions at risk from individuals who wish to diminish our collective heritage for their own selfish purposes.

At the National Archives, we know what an awesome responsibility we have to be good stewards of our nation’s heritage. The security of the holdings of the National Archives is my highest priority. I will not tolerate any violation of the law that protects both records and property that belongs to the U.S. government and the American people.

Unfortunately, theft is also perpetrated by employees. These individuals have lost sight of their responsibilities as caretakers. According to a 1983 Conference on Theft at Oberlin, an estimated 75 percent of rare book thefts at libraries are from insiders – faculty, staff, students, and library employees.

Employees who pilfer from the collections with which they are entrusted do not only assault history – the impact of the betrayal is felt everywhere. Colleagues closest to the individual are often shocked and may even experience stages of grief, including denial and anger. It is often difficult to reconcile the person they knew with the person who stole the very items they were charged with protecting.

What can you do?

As an institution, we take security measures and precautions to prevent theft. At the National Archives, we recently created the Holdings Protection Team to work closely with archival units to design improved training techniques, institute new policies and procedures, as well as purchase new equipment to ensure our holdings are safe.

NARA’s Office of the Inspector General (OIG) is a proven resource which has demonstrated expertise in investigating and recovering lost or stolen holdings. Through their work, thousands of records and artifacts have been recovered, as well as successful prosecution of thieves. The OIG’s Archival Recovery Team (ART) can assist those who think they may be in possession of a lost or stolen U.S. government holding or have knowledge of others that may possess or are attempting to traffic such items. As a component of their outreach efforts, ART publicizes items that have been lost or stolen and asks citizens to report if they have seen these items.

An example page of the Wright Brothers’ Flying Machine Patent,
last seen at the National Archives in 1979

Together, with your help, we can return our cultural heritage to its rightful place. We must not let our mission be undermined by individuals who perpetrate crimes.

5 thoughts on “The Impact of Theft”